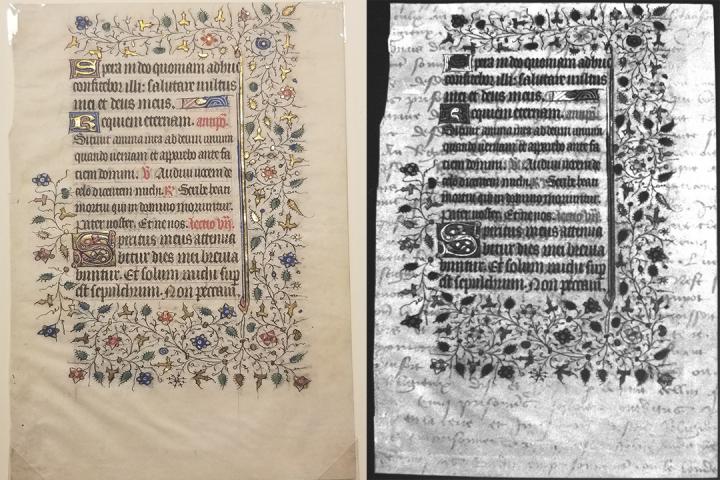 Students at the Rochester Institute of Technology in New York state discovered that this 15th-century manuscript is an example of a palimpsest: the parchment pages hide a second, earlier text beneath its illustrations.

According to a news release from the Rochester Institute of Technology dated November 19, 2020, despite the covid crisis, RIT students built their own imaging system and used it to discover that a 15th-century manuscript in the Cary Graphic Arts Collection was in fact a palimpsest. This Background Check defines palimpsest, and discusses how they were created, the history of imaging, and some of the philosophical fireflies of thought they engender.

In its most basic meaning, a palimpsest is a recycled manuscript. The pages of an old unused or unwanted parchment—a book made of prepared animal skin—are erased and written over, but because of the nature of parchment and the inks used in the past, the erasure is (often) imperfect or incomplete. Parchment manuscripts are long-lived—a handful have survived more than 1,000 years—but they are expensive to make. A single goatskin can only produce two leaves, so the monk who made a 100-page book had to kill fifty goats.

The 4th dynasty Old Kingdom Egyptians (ca. 2550–2450 BCE) were likely the first to write on animal skin—some surviving copies of the "Book of the Dead" were written on animal skin rather than plant-based papyrus. The process was tinkered with and continued in many Western societies—Sumerians, Hittites, Greeks, and Romans—and medieval monks continued the practice into the 16th century. During the Spanish colonial period, Mesoamerican groups also sometimes wrote books on prepared parchments, rather than bark cloth; copies of the American Declaration of Independence and the U.S. Constitution were written on parchment.

Most Medieval period book production in Europe (7th–15th centuries CE) took place in monasteries, and if a manuscript had fallen out of use for one reason or another, the monks might take it apart, wash, scrub, or scratch away the original ink, cover the pages in a white pigment such as gesso and copy another text onto the newly cleaned pages. Sometimes that happens more than once. Luckily for us, in some and maybe many cases, the original inks bonded to the collagen and proteins in the animal skin, meaning the original text may be still present and legible to varying degrees. 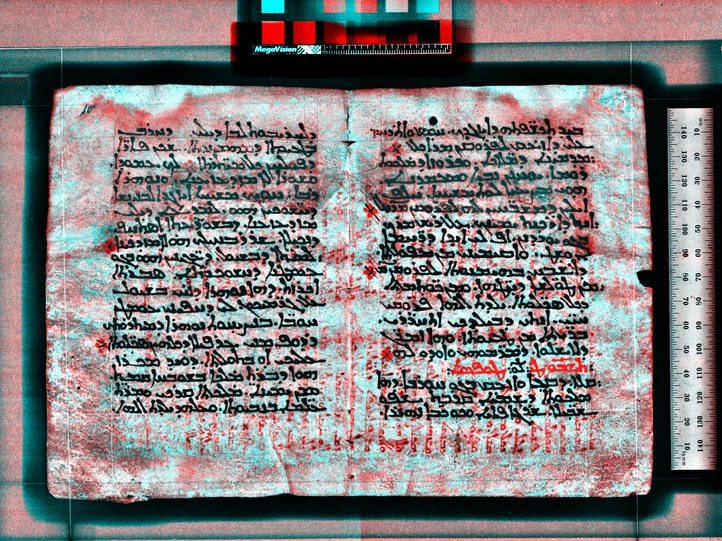 
The older text (known as "under text," as the more recent one is "over text") is sometimes visible to the naked eye—at least the fact of an earlier text is visible, but not always. The word palimpsest is from the Greek, and it was in use as early as the 2nd century BCE. The Roman writer Catullus (84–54 BCE) used it to disparage a poet who wrote on "paper royal, brand new boards, and best fresh bosses," rather than palimpsest. Arguably, the neatly crafted insult in "To Varus Abusing Suffenus" implies that the poet is dull because his poetry has no depth, and he is impressed by form rather than substance.

While it is true that early access to the undertext was hindered by the over text, the 19th–21st centuries CE have seen a blossoming of imaging methods of increasing sophistication and complexity: but what the RIT study shows is that undergraduates with a UV light and a bespoke-built system all their own can reveal some secrets hidden in antiquity.

Modern techniques include high definition imagery (100-megapixel photographs), as well as the processing of those images by multispectral (using multiple narrow wavelengths of light from ultraviolet to infrared) and x-ray fluorescence (high powered x-ray to cause different elements of the chemicals in the ink to stand out). 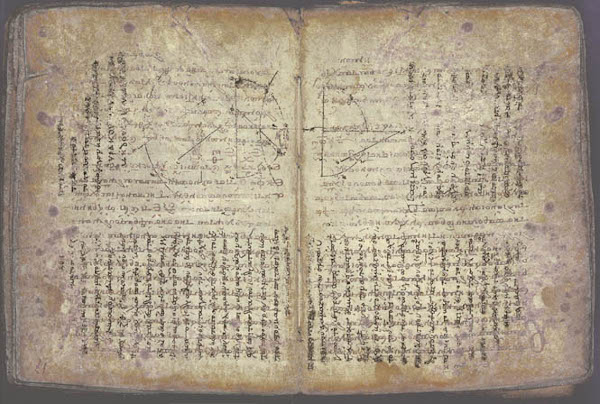 
The stories of how different manuscripts became palimpsests and were discovered later make for fascinating reading. The Archimedes Palimpsest is one of the most important of such documents.

The undertext of the Archimedes manuscript contains a copy of several of the mathematical treatises written by the Greek philosopher Archimedes (287–212 BCE), including the oldest copy of "On Floating Bodies" in the original Greek and the only known complete text of Archimedes' "Method of Mechanical Theorems." The book was made in Constantinople in the 10th century CE, and eventually brought to the Mar Saba monastery near Jerusalem, where it was recycled in the 13th century: disbound, cut apart, washed, and overwritten. The new text was the Euchologion ("prayer book" in Greek), one of the chief liturgical books of the Eastern Orthodox and Byzantine Catholic churches. The scribe who did that was named Ioannes Myronas and his copy was dedicated on Easter Saturday, 1229.

At some point, the Euchologion of Mar Saba, or Codex C as it came to be called, was taken to a daughter house of the Holy Sepulchre monastery in Constantinople. Danish philologist Johan Heiberg (1854–1928) heard of the manuscript, went to Constantinople, and transcribed and published what he saw of the Archimedes text—news of his discovery was published in The New York Times on August 4, 1907. The book dropped out of sight between 1920 and 1998, and when it resurfaced, at a Christie's auction in New York, it had suffered quite a bit of damage.

An anonymous collector bought the manuscript for $2 million, and they handed it over to the Walters Art Museum in Baltimore, Maryland, where it was disbound, imaged, framed, and exhibited before returning it to the collector to be placed in a long-term storage facility.

Other intriguing stories can be told about the Añute codex (formerly Selden Codex), one of less than 20 books in existence today made in the Americas before and during the colonial period. Mexican archaeologist Alfonso Caso (1896–1970) recognized the document as a palimpsest in the 1950s: he had the gesso layer scraped away to get a better look. The overtext was written about 1560, 500 years of the genealogical history of the dynasty that ruled Añute, the town of Magdalena Jaltepec now in Oaxaca state. Image analysis in the 21st century revealed that the undertext to be a codex similar to the Nuu Tnoo-Ndisi Nuu (formerly the Bodley codex), which Ludo Snijders has named Codex Yoho Yuchi ("Rope and Knife" in Mixtec).

The undertext of the Syriac Galen Palimpsest was a translation of "Galen's Book of Simple Drugs," a book made in northern Mesopotamia or western Syria in the first half of the 9th century CE. It was recycled about two hundred years later to house a liturgical text called Otoechos. Born 129 CE, Galen was a Greek philosopher and doctor, whose writings make up much of early extant Greek literature.

The idea of a palimpsest has been proven an apt metaphor for a whole range of topics: public policy, the editorial process, evolution, indigenization of language and culture, biodiversity, archaeology and paleontology, urban history, information technology, astrophysics, and if you think about it, even Wikipedia is a bit of a palimpsest itself. The notion of a palimpsest has blossomed in philosophy.

For example, the combative but eloquent writer Gore Vidal (1925–1978) called his 1995 memoir "Palimpsest," and defined his book as "discrete archeological layers of a life to be excavated like the different levels of old Troy, where, at some point beneath these cities upon cities, one hopes to find Achilles and his beloved Patroclus, and all the wrath with which our world began."

In his autobiography Suspiria de Profundis ("Sighs out of the Depths" in Latin), English essayist Thomas de Quincey (1785–1859) wrote a short section entitled "The Palimpsest," in which he compared the human brain to a palimpsest. "Everlasting layers of ideas, images, feelings, have fallen upon your brain softly as light. Each succession has seemed to bury all that went before. And yet, in reality, not one has been extinguished."