On September 3, 2020, German archaeologist Joachim Burger and colleagues reported evidence that Europeans didn't become widely tolerant of milk-drinking until much more recently than previously thought. This Background Check describes the history of the study of lactose intolerance and lactase persistence, the archaeological battlefield site of Tollense where the data was collected, and a bit about what the study suggests. 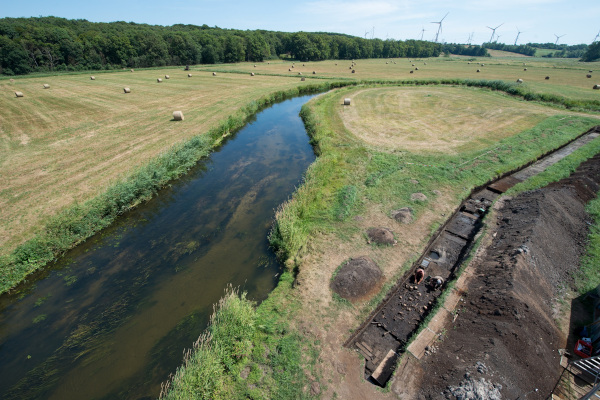 Archaeologists have been systematically searching a section along the Tollense river for more than 10 years. photo/©: Stefan Sauer/Tollense Valley Project

Burger and colleagues looked at the occurrence of the gene which controls for the tolerance of milk (rs4988235-A) in the skeletal remains of a fierce battle that took place in the Tollense Valley of northeastern Germany about 3,300 years ago.

What they discovered was a surprisingly small percentage (6%) of the people who died in that battle had that allele. Today, approximately 60% of people in Germany and central Europe carry the gene; the prevailing theory was that the gene was brought in about 5,000 years ago by dairy farmers who migrated en masse from the central Steppes. Clearly, something doesn't compute.

The Tollense battlefield site is the remains of a battle that took place about 1250 BCE in the swampy area of the Tollense floodplain, near an ancient causeway. It probably involved hundreds or thousands of people over a period of days or weeks. The combatants were identified by stable isotope analysis of the skeletal remains as one group who lived locally and another who arrived recently from Central Europe. 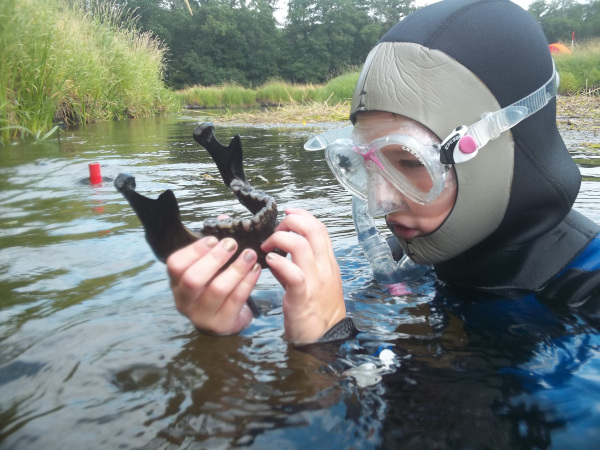 Discovery of a mandible in the Tollense river. Photo/©: Ronald Borgwardt/Tollense Valley Project

To date, more than 12,000 pieces of human bone accounting for more than 140 people have been recovered from the Tollense battlefield site or in the river itself, for a 2.5 km stretch of the Tollense River. The human remains represent mostly but not exclusively males between 20 and 40 years of age. The battle involved horses and was fought with clubs, knives, daggers, swords, bows and arrows, and probably spears. 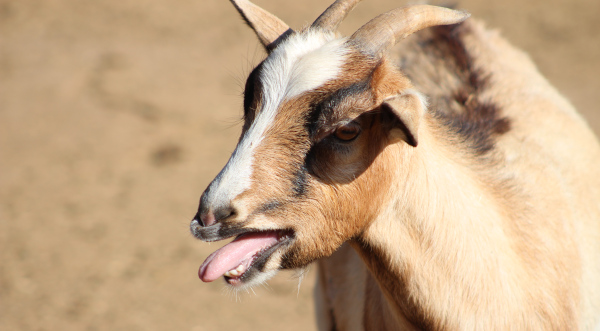 This goat in Rabat, Morocco does not approve. Photo by Andrew Marwan, Wikicommons

As a rule, mammals don't drink milk after they've been weaned. Milk includes disaccharide sugar lactose, which can only be broken down if a mammal has the enzyme lactase in its gut. After weaning, the animal doesn't need it anymore, and that enzyme stops functioning. But somehow, in some places in the world, humans evolved to be able to drink not just their own mother's milk, but that of cows, sheep, goats, and camels, because the enzyme lactase persists in their gut.

Milk isn't poisonous to people not carrying the allele, but there can be ill effects: abdominal distension, cramps, bloating, flatulence, sometimes vomiting and/or a laxative effect. That varies from person to person and depends a bit on how much and how regularly milk is consumed. Milk has a lot of benefits: Vitamin D for calcium-poor diets, other nutrients; and it was a better choice over drinking local water (which was almost certainly carrying pathogens). There's some evidence that milk provides improvements in gut health.

Lactose intolerance (or lactase non-persistence) is the norm: 65–70% of the world's population do not have the gene. The people who can drink milk with no ill effects as adults are generally descended from Northern European or nomadic African tribes: you might consider milk-drinking a useful mutation, or an evolutionary step, or even part of the process of domestication of humans with respect to their pastoralist habits.

The occurrence of lactase persistence is not spread evenly across the world. In Europe, the highest frequencies (89–96%) are in Scandinavia and the British Isles, decreasing in frequency towards the southeast. Today about 60% of central Europeans carry the allele allowing them to drink milk without a problem.

Up to now, scientists believed that the spread of the rs4988235 gene was associated with human migration into Europe from the central Asian steppe region, in part because Bronze Age Europeans had small percentages of the occurrence while steppe societies of the same period had a much higher frequency.

The culture most frequently fingered for bringing dairying to Europe is the Linearbandkeramik or LBK culture (in Europe 5200—4800 cal BCE). The gene was thought to have originated in the Steppe sometime between 23,000 and 5,000 years ago, and it seemed plausible that the influx of people from the Steppe about 5,000 years ago brought the gene along with them.

But that's several millennia earlier than Tollense. Burger and associates looked at several other available skeletal populations in Eastern Europe and the rest of the continent and discovered that the rise of occurrence began about 3,500 years ago. It's possible, they add, that selection did start earlier but rarely enough to be nearly invisible in the datasets we have today.

Burger and colleagues suggest that further research should involve studying the rise of lactase persistence between about 4,000–1,500 BP, to attempt to find a way to account for the more recent development. It might be interesting to look in Scandinavia, where the strongest percentage of milk drinkers reside today.