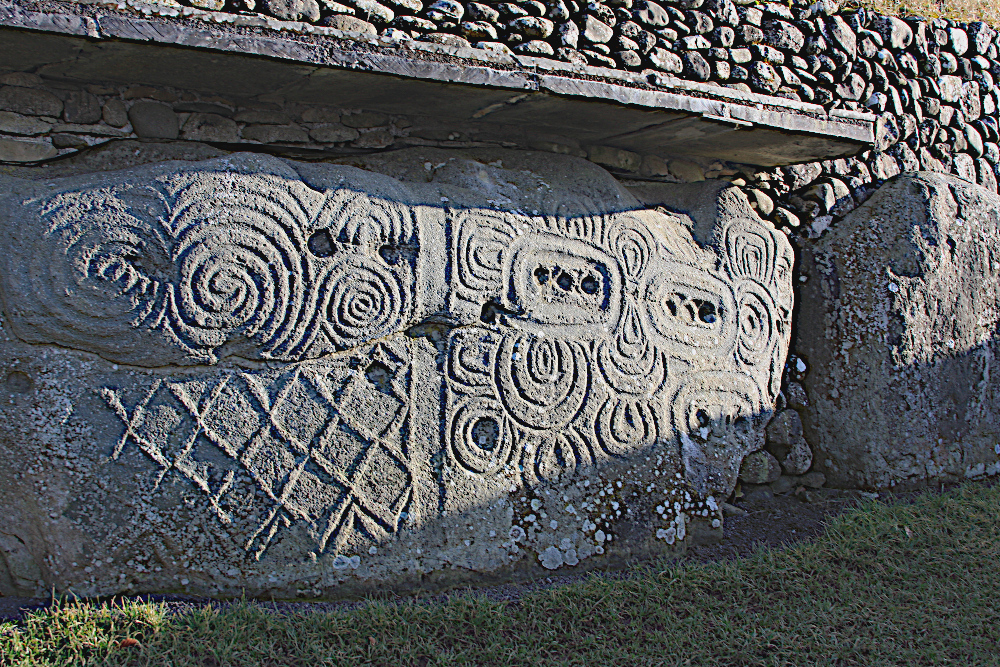 Numerous breaking news stories in the past few years have reported on the growing evidence of the medical benefits of once-shunned psychedelic drugs of LSD, psilocybin, MDMA, and others in the treatment of mental disorders. Those studies are related to the concept of Altered States of Consciousness, which requires a bit of explanation.

The term altered states of consciousness (ASC) means different things to different sciences. In its simplest form, ASC refers to a change in an individual's pattern of mental functioning which is qualitatively different from normal waking consciousness. The following scratches the surface of the current broad range of investigations into ASC within the various scientific communities. The image above is that of the Fairy Entrance at Newgrange Stone Age passage tomb, Boyne Valley, Ireland, 3200 BCE, which some scholars have suggested is evidence for ASC practices. Image credit: Regan Buker. CC BY 2.0.

Ways of Thinking about ASC

Neurological ASC refers only to the "state" of a person's consciousness, not the content of that state; the recent focus of these studies has been in regards to the study of how the brain functions and using ASC in the treatment of physical and mental disorders. Neurologists recognize three types of altered states of consciousness: normal sleep, pharmacologically-induced unconscious states, and pathologically altered conscious states (coma or vegetative state).

What other scientists mean when they refer to ASC is something more along the lines of "Altered Patterns of Phenomenal Properties": these scientists are interested in the experiences people have during ASC and the effects those experiences have on the individual. Psychologists see ASC as a reflection of three "levels of self": proto-self (preconscious performance of the state of internal organs), core self (conscious and knowing), and autobiographical self (continuous and conceptual self-representation).

Anthropologists typically study ASC as part of shamanic rituals, a set of ethnically-defined healer/medium practices that humans use for the purpose of healing and tribal cohesion, addressing persistent health problems, within-group conflicts, and threats to groups as a whole. Archaeologists study the material expression of ASC, including tools and organic residues of ASC-promoting drugs, as well as the representation of images thought to depict ASC experiences, and how they relate to the practices of early religion.

Some forms of ASC are common experiences to all of us. People experience different states of mental function through myriad ways from dreaming and day-dreaming, meditation, hypnosis, trance, dissociative states, hallucinations, to states induced by psychoactive substances. Functions that can be affected during and after ASC include memory, sense of identity, emotions, attention, perception, speech, arousal, and volition. States achieved vary from a sharpened focus on a single task or activity to peak experiences known as "flow states" linked to creative performance, to hyper-focused attention processes such as meditation and hypnotic trances.

Visions produced during Altered States of Consciousness are the primary tools of the religious specialist known as a shaman. The visions can be achieved by fasting, dehydration, sleep deprivation, blood loss, extreme pain, chanting, drumming, dancing, sweat lodges, and ingesting psychoactive drugs. Achieving ASCs is quite common in societies around the world, particularly in healing rituals. In one cross-cultural survey of 488 different world-wide societies, anthropologist Erika Bourguignon (accessing eHRAF) found that 90% (437) practiced one or more institutionalized, culturally patterned forms of altered states of consciousness.

Shamans are specialists who may seek trance states in which they travel to the underworld, gain help from spirits, manipulate the weather, find lost objects, and/or help with pain or fertility problems. Shamanic states are sometimes described by their practitioners as a lucid but narrowed awareness of physical surroundings, expanded inner imagery, modified thought processing, altered sense of self, and an experience of spiritual travel to obtain information or insight. 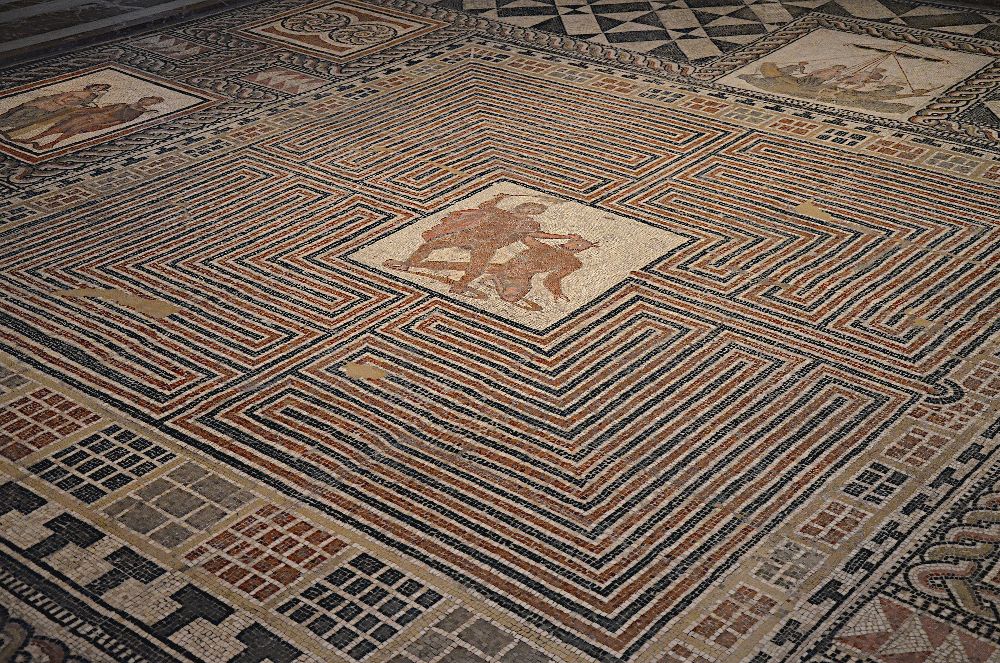 Three levels of imagery and sensation have been reported by people experiencing different levels of ASC. The first includes abstract visual hallucinations: patterns of grids, lattices, honeycombs, and webs; sets of parallel lines, dots, or stars; spirals, tunnels, and vortexes; checkerboards, zigzag patterns, and nested zigzags. Vivid colors are associated with some psychotropic drugs; others strip out the colors leaving only black, white and yellow.

At a second level, the brain transforms these abstract images into known experiences: a wavy line could become a snake or water; zigzags become birds or lightning; parallel lines become humans and change into animals and back again. In the third level, the images become experiential, so that the person experiencing the ASC plunges down a tunnel or soars like a bird. These levels are not necessarily accomplished in order: and, it must be pointed out that these images can be produced by normal brain activity during dreaming.

The images, shapes, and colors experienced during some ASC are similar to entoptic images which are created by physical activity on the internal architecture of the eye, on the retina and optic nerve, not visible to others. Representations of these images are known from paintings on cave walls, ceramic vessels and constructed wall murals, sand paintings, and the shapes and decoration of fetishes associated with the shamanic activity.

The oldest forms of art, preserved on the walls of caves and in portable art, have abstract forms that some scholars have connected to induced entoptic images. Ancient versions of such images are known as early as the Middle Stone Age site of Blombos Cave in South Africa, some 70,000-100,000 years ago. Over the millennia since then, people from many different cultures have constructed or modified many caves and buildings to include such images but also multisensorial experiences of sound, smoke, incense, and darkness which together may have induced ASC.

Archaeologists identify the use of ASC in prehistoric contexts by the discovery of tool kits for the consumption of hallucinogenic substances (snuffing kits, tubes, inhaling bowls, effigy pipes). Seeds and plant residues of hallucinogenic plants have been found in ritual spaces, and the chemical analysis of artifacts or human remains can also provide evidence of drug use related to shamanic activity.

Depictions of the kinds of images known to be experienced by people in ASC are also used as supporting evidence for shamanic practices. Representations of hallucinogenic plants themselves are particularly strong evidence, especially when combined with abstract patterns or entoptic figures. Abstract images, including grids, cross-hatching, and dot patterns, are the subjects of the earliest forms of art, found in Middle Stone Age sites in Africa and Upper Paleolithic sites in Europe and Australia.

Drugs known to have been used in prehistoric shamanic societies include a wide range of plant and animal substances, including various forms of alcohol all over the world; datura, nicotine-rich tobacco, and peyote in North America; coca leaves and Banisterioposis (ayahuasca) in South America; Spondylus in central and South America; cannabis in Asia; opium in Europe and the middle east; water lily and mandrake root in ancient Egypt.

ASC and the Default Mode Network

Neuroscientists have found that when people experience ASC, the blood flow decreases to the default mode network (DMN), a large-scale network in the brain that functionally integrates distant brain nodes and mediates among wakefulness, awareness, and memory. Application of pharmacological ASC has been found to reset or improve abnormalities in the DMN, leading scientists to propose ASC as a treatment for brain disorders. Meditation and mindfulness, unassisted by pharmacological inputs, may also be effective in treating disturbances to the DMN.

Neurological ASC has seen the most scholarly attention of late, in particular, the healing effects on the DMN after the ingestion of psychoactive drugs. Recent studies have looked into the efficacy of different hallucinogens in the treatment of smoking and alcohol addictions, end-of-life anxiety, depression, chronic migraine, pain, autism, post-traumatic stress disorder, and grief counseling.

Anthropological studies recognize a qualitative difference with regard to a particular society's use of what historian Yulia Ustinova calls manipulation of consciousness. Polyphasic cultures value ASC as experienced in ritual contexts; monophasic cultures marginalize or criminalize ASC. 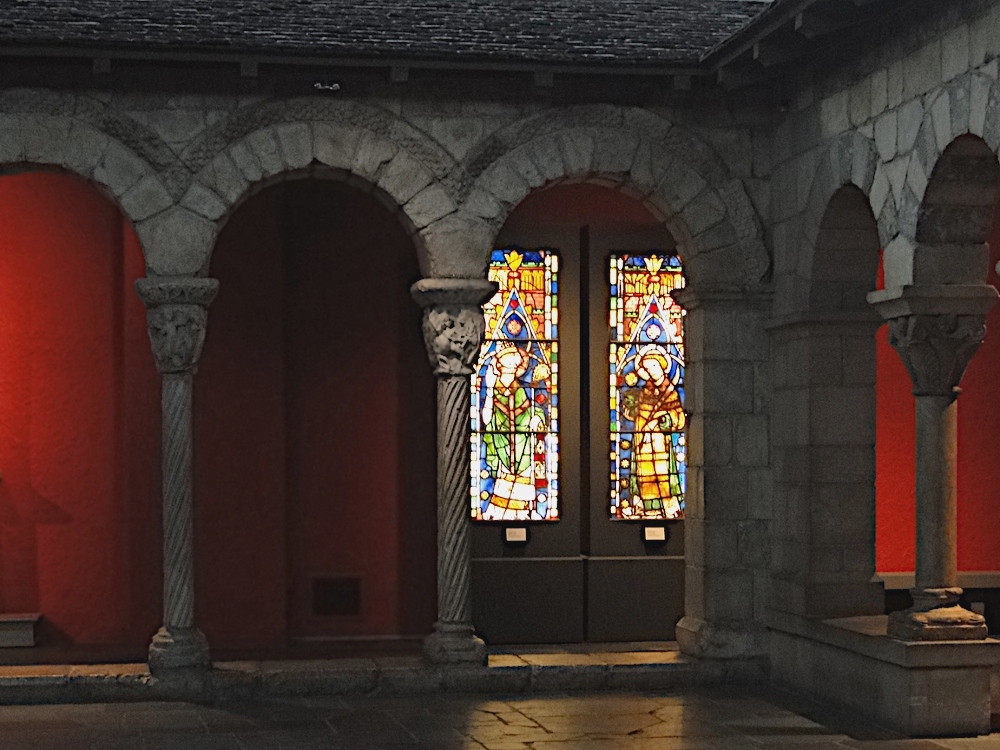 Studying the neurological aspects of psychoactive drug use, as well as ASC gained through other methods, has been limited until recently, because of western cultural norms about drug use in general and psychedelics in particular. But there is increasing evidence that suggests that such usage can improve connectivity within the brain, and ease some of our most persistent mental health issues.

In November 2019, the U.S. FDA granted “breakthrough therapy” status to study the medical benefits of psilocybin. In the early months of 2021, new research centers to study the benefits of LSD, psilocybin, and MDMA on mentally disturbed people have been funded in the US at NYU, Mount Sinai, UNC-Chapel Hill, the Lundquist Center, the University of Las Vegas Nevada, among others.

This discussion of ASC strongly reminds one of amazingly painted and decorated Pleistocene caves, with their dark and mysterious echo chamber environments, but also of churches, filled with pools of light from stained glass windows, organ music, incense, chanting, singing. What is that but an attempt to escape the mundane and go to another place?


This article started life sometime before April 2009, and was deprecated from About.com in 2017. It has been extensively edited for Wasteflake. http://archaeology.about.com/od/aethroughalterms/qt/asc.htm