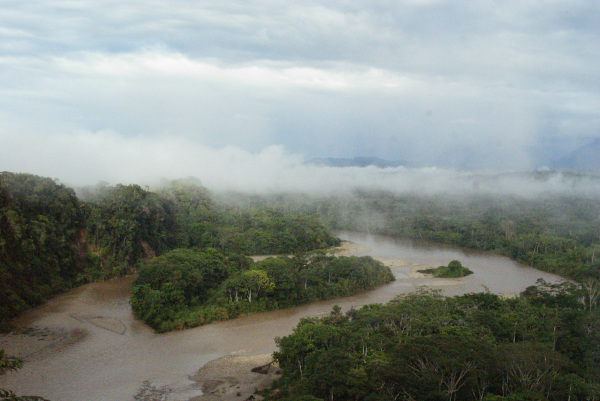 Up until the 1980s, most scientists believed the enormous Amazon basin in South America was the last remaining pristine rainforest. This landscape, so it was believed, was devoid of long-term human settlement because of impossibly infertile soils. Boy, were we wrong. This image is of the as-yet un-deforested Amazon river basin in Ecuador. Photo credit: Dallas Krentzel.

Contrary to those beliefs, recent archaeological research has shown that Precolumbian people living in the Amazon basin began to engineer the landscape about 10,800 years ago, and about 4,500 years ago, began to extensively manage the fertility, diversity, and sustainability of the massive region. This Background Check summarizes some of the recent scholarship shedding light on this aspect of the supposedly dark and lost region of our planet, and how maybe we can leverage that knowledge to bring the trees back. 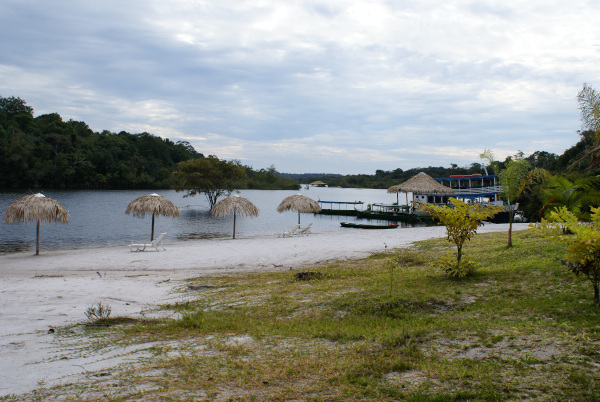 The Amazon basin is about the same size as the continental U.S., but only five percent of it is made up of rivers and their fertile floodplains, while the rest is uplands between rivers and streams. These upland terra firme regions, while forested, have much less fertile soils compared to the river floodplains. The Amazon basin was first settled along the rivers more than 10,000 years ago, and notwithstanding the poor soils, about 4,500 years ago, the floodplain residents began expanding upward and outward.

The Amazon basin is the origin point of several domesticated plants: manioc, peanuts, chili peppers, sweet potato, pineapple, peach palm, Brazil nuts, rice, and others. The terraces and floodplains of the rivers were plenty fertile to sustain gardening, but the uplands were not. Fortunately, the people of the Amazon were (and are still) world-class recyclers, who sorted, burned, and converted their organic waste—all of it, including burned bone and vegetable waste as well as human and animal excrement—into the dark, organically rich compost known as terra preta (Amazonian dark earth or ADE). They exported their highly evolved technology into the terra firme regions, eventually using it to modify and improve the land and vegetation as they went. 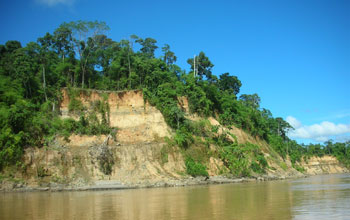 Bluff above a river in the Peruvian Amazon, where evidence for extensive landscape alteration was identified. Photo credit: Cheryl McMichael

Over time, the upland compost heaps were piled into enormous mounds that were maintained and used for hundreds of years.

According to a recent study by Brazilian ecologist Carolina Bernardes and colleagues, modern rural Amazonian communities in Brazil continue the habit of separating and composting wastes, and today terra preta is reused as animal food and organic composts. All of the organic waste, 90 percent of the total volume of solid waste generated by the rural communities under study, is reprocessed using a local method known as "paú," and Bernardes and colleagues report that "organic matter should not represent an environmental health problem for Brazilian rural populations."

Using ADE technology, some of the Amazonian people practiced agroforestry, reshaping the plant life to suit their complex diet. The upland communities were begun by creating an opening in the forest canopy, then moving more edible trees and plants into the region, using terra preta as a growth medium. Trees such as calabash, cacao, biribá, soursop, and pequi were brought into the gardens, and domesticated plants flourished. 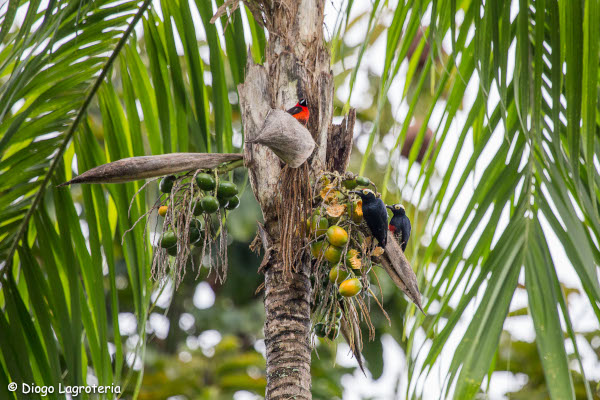 
In southern Amazonia today, forests that were based on terra preta have on average higher above-ground biomass and higher ecological diversity, with more edible species in ADE-based forests than is common in other areas. 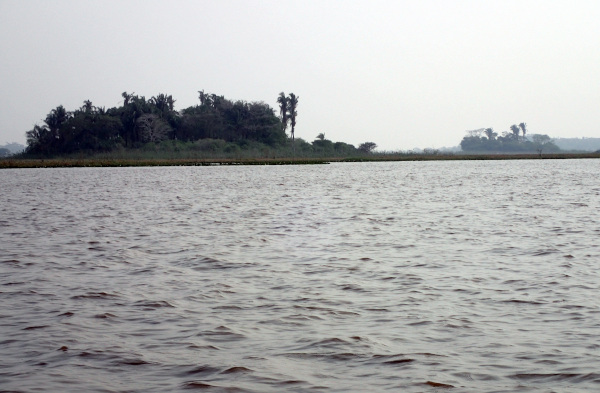 Although the most extensive hack of the rainforest began about 4,500 years, six thousand years earlier, the residents of the Llanos de Moxos region of northern Bolivia were already engineering the landscape. A research project led by geographer Umberto Lombardo and published in the journal Nature in April of 2020, used remote sensing techniques to map over 6,000 forest islands in the Llanos de Moxos. This region is a wet savannah in southwestern Amazonia that is regularly flooded, and the islands are patches of forest that rise above the floor and so are never inundated. At least 4,700 of them were purpose-built, based on the presence of deep dark basal sediments rich in organic matter, charcoal, and burned earth often associated with shell and bone fragments. Radiocarbon dating indicates that the islands were in use between 10,850 and 2,300 cal BP.

Lombardo and colleagues report that there were likely far more forest islands built in the early and mid-Holocene: many of the preexisting soils were covered during the late Holocene period when rivers became active. Up to 5 meters thick of alluvial deposits have been mapped outside the study area, and they have undoubtedly buried many islands.

Bottom Line: Can the Amazon be Reforested?

Archaeologists have been able to examine land in the Amazon because the trees have been removed to make pastureland. As you already are aware, much of the Amazon has been deforested, for pastures and mining. But in the past, the people of the Amazon figured out a way to solve a constant problem in human communities: how to convert all of their waste product into fertile compost and keep from polluting streams and groundwater, and to use that waste to cultivate new gardens and bring in a broader range of foodstuffs. That ancient ability to affect the diversity of landscapes also provides hope that reforestation of the rainforest can be successful, particularly in the pasturelands which, according to ecologists Thomas Lovejoy and Carlos Nobre, make up about 23 percent of the destroyed forest lands.

As archaeologist Morgan Schmidt and colleagues suggested in 2014, landscapes shape how people act, perceive, and think. Whether or not the pre-colonial people of the Amazon considered what they were doing was to overcome recognized limitations (that's a western concept), the Amazonian people actively sought a way to diversify the environment around them. Whether we are smart enough to reverse engineer how to rebuild the Amazon is open to question: But wouldn't that be great!

Researchers have published dozens of recent articles in the last decade or so. The best summary of the ongoing research in the six regions of the Amazon and their cultural history is to be found in de Souza, 2019. The following are the primary ones used for this article: and since I've barely scratched the surface of what I've learned over the past few weeks, there are sure to be more featured in WasteFlake.